What does the new Government mean to you?

On the first day of the Coalition Government, the new Prime Minister Tony Abbott instructed the Department of Prime Minister and Cabinet to draft legislation to remove the Carbon Tax (to be completed within a month), with the intention of introducing the legislation on the first day of the new Parliament. It was the first foray into a myriad of tax and structural changes promised during the campaign. Let’s take a look at what changes you can expect and how to capitalise on the timing of change:

The new Government’s major problem with bringing about legislative change is the Senate – they do not have a majority. This election was a half Senate election and as such, the Greens will control the balance of power until 30 June 2014 and then micro parties will hold control.

For controversial changes, such as the abolition of the Carbon Tax, the Government will not have the support of the Greens and the Labor Party have stated that they will not support the abolition of the tax – although a compromise position is possible. So either the Government can negotiate with the micro parties and their myriad of vested interests or call a double dissolution – but even then there is no certainty that the end result will give them greater control in the Senate.

There are a number of tax changes we know the Government intend to make. These include:

And of course, there are the changes that will never happen that were announced by the Rudd Government during the election campaign including the abolition of the statutory formula method for calculating the taxable value of car fringe benefits.

Then there are the tax changes we don’t know. As part of their reform agenda, the Government intend to create a “comprehensive” White Paper on tax reform. There has been a lot of recent speculation about the intended reforms including a potential increase in the GST rate – since ruled out by the Prime Minister.

If you are in small business, be aware that some tax concessions available to you are planned to be removed and some planned taxes will be removed. If you can take advantage of the tax concessions available under the former Government, do it now. As long as the changes are not retrospective (which is unlikely), whatever you can take advantage of, you get to keep. For example, the loss-carry back rules will be abolished in conjunction with the mining tax but you can utilise these measures until the law changes. The loss carry back rules offer a way for many businesses to offset tax they have paid in previous years against current year losses. So, if your company is likely to be in a loss position for the 2013 income year and paid tax in the 2012 income year, we encourage you to send in your tax return information as soon as possible as the company may be entitled to a cash refund from the ATO.

For small business, if you need to buy depreciating assets in your business – computers, machinery, cars, etc., – then the there is currently an upfront write-off of $6,500 per item up for grabs between now and when the law changes. Currently, if your business qualifies as a small business and can access the simplified depreciation rules, any depreciating assets you buy below $6,500 can be written off in the year of purchase. If your business is registered for GST the $6,500 is GST exclusive, if not, the $6,500 is the GST inclusive amount. The write off will potentially reduce back to $1,000 when the law changes.

It’s also worth noting the likely impact on business when and if the Carbon Tax is abolished. The Government has already warned that fines of up to $1.1m will apply to entities “that introduce or maintain price increases, surcharges attributable to the carbon tax.” So, If your business ever published any sort of commentary blaming the carbon tax for your price increases – and let’s face it, there was a stage there when the Carbon Tax was blamed for just about everything short of the high level of teenage pregnancy in Australia – then you might want to pay attention.

The good news on superannuation is that the Government has stated that it “will not make any unexpected detrimental changes to superannuation…we won’t move the goalposts.”

For all those concerned about inadvertently breaching the contributions cap, the Government has noted that it will develop a process that addresses all inadvertent breaches of the contribution caps where an individual can show that their mistake was genuine and the error would result in a disproportionate penalty.

For those with a SMSF, there will be a review of minimum pension payment levels.

Sometimes no change can be a good thing. The Government has stated that it will not change the current income tax thresholds or pension and benefit fortnightly rates.

The SchoolKids bonus – that offers up to $820 per child to cover education expenses – will be abolished. The bonus was funded by the mining tax.

Australia is currently one of only two countries with a paid parental leave scheme that doesn’t base its payment on a woman’s actual wage.

It’s worth noting the level of infrastructure projects the Government has committed to. In addition to delivering the troubled National Broadband Network, the Government has promised billions of dollars in roadway projects including the Bruce Highway, Pacific Highway from Newcastle in NSW to Brisbane, the WestConnex project in Sydney, the Gateway motorway in Brisbane, Swan Valley Bypass, complete the Perth Gateway, upgrade Adelaide’s North-South Road Corridor and a whole lot more.

How business operates and develops projects across State borders will be assisted by a planned one-stop-shop for environmental approvals. The initiative, if they can make it work, will overcome many of the horror stories of national projects.

SMSFs top half a million mark

The ATO regularly releases a statistical report on Self Managed Superannuation Funds (SMSFs). The latest report shows that the growth in SMSFs dropped by around 10% over the last 12 months but establishments remain high. There are now over half a million SMSFs in Australia with almost a million SMSF members.

Australian SMSFs hold assets worth approximately $495bn at June 2013. A majority of SMSFs have a total asset value of between $500k and $1m with the median asset value per member at over $292k.

The material and contents provided in this publication are informative in nature only. It is not intended to be advice and you should not act specifically on the basis of this information alone. If expert assistance is required, professional advice should be obtained.

Quote of the month

“We are what we repeatedly do. Excellence, then, is not an act, but a habit.” –Aristotle 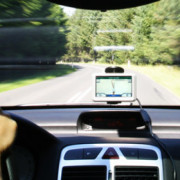 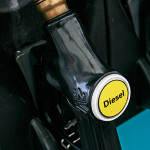