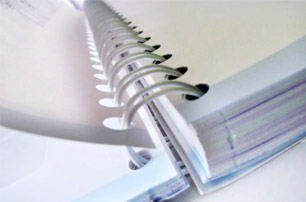 No one in business likes a loss at the end of the financial year. Most of us have grown up on the mantra ‘brackets are bad.’ Recent changes however might soften the blow by giving you access to a cash refund from the Australian Tax Office (ATO). 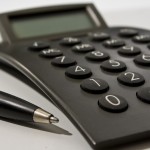 Australia might have been a shining economic light in the global community maintaining an average growth rate of around 3% during the financial crisis, but for many businesses the resource boom boosted GDP headline was hiding a different picture. This year has seen a record number of business bankruptcies and a higher than usual level of debtors reaching a business related debt agreement.

For others, the brackets around the bottom line number are a result of high growth.

Whatever the reason for the loss, new rules offer a way for many businesses to offset tax they have paid in previous years against current year losses. In effect, you can carry-back your losses.

How do the loss carry-back rules work?

Prior to the introduction of the loss carry-back rules, companies could only carry forward their tax losses to deduct against taxable profits made in future income years, subject to meeting a few tests. The new rules give companies the ability to choose to carry-back up to $1m of certain tax losses rather than carrying them forward (limited to the company’s franking account balance for that year).

In most cases, the rules apply when a company carries-back a tax loss that is made in the current income year. From the 2014 income year onwards, losses can be claimed against tax liabilities of either of the two previous income years. However, in the 2013 income year it will only be possible to claim current year losses against the company’s tax liability for the 2012 income year.

So, if your company is likely to be in a loss position for the 2013 income year and paid tax in the 2012 income year, we encourage you to send in your tax return information as soon as possible as the company may be entitled to a cash refund from the ATO.

Let’s look at an example….

Company A can choose to carry-back $1m of the tax loss incurred in 2016. This equates to $300,000 of tax payable. While there are a number of options for carrying back the loss, the most likely approach is to carry-back $500,000 of losses to each of the 2014 and 2015 income years. This would produce a refundable offset of $300,000 and the company would still carry forward $4m of losses to future income years. A much better cash flow position for the company with $300,000 extra to use.

The losses are claimed in the company’s tax return.

Do I have to carry-back losses?

The loss carry-back rules are not compulsory and don’t automatically apply. You can choose whether to carry-back losses to prior income years as you see fit. This means there is no requirement for losses to be carried back to the earliest eligible income year or for the earliest losses to be carried back first. For example, you might want to limit the amount of a tax loss you carry back because of the impact this will have on the company’s franking account balance. You might prefer to retain franking credits to enable franked dividends to be paid to shareholders.

So, companies can choose:

Like with most tax benefits, there are a number of conditions that need to be satisfied. These are:

If you are considering outsourcing your bookkeeping, accounting and other business-related processes, but still allow you to make the big decisions and remain in control, contact PJS Accountants. We have has over 30 years experience with local Redlands businesses. Our team will be at your disposal, always ready to receive your calls and provide services, to help you to stay in charge of all aspects of your business. Call us for enquiries on how PJS Accountants can help you improve your business.