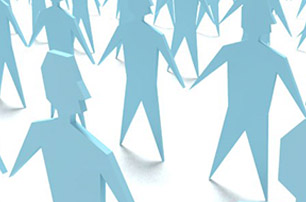 Normally we wouldn’t advise you of potential tax changes until we were absolutely certain that they were going to happen. But this potential tax change is a bit different because if the change goes ahead, your decisions pre and post 1 January could mean several thousand dollars.

Late last month the Government released draft legislation repealing the Minerals Resource Rent Tax – or mining tax as most of us know it. While the repeal of the mining tax is not likely to have a direct application to many small business and individual taxpayers, the Government also plans to abolish a number of other tax measures that will have a broader impact.

The changes are not certain until they are passed by Parliament but there appears to be limited opposition to the repeal of the mining tax and the other associated tax measures. Here’s what will change if and when the measures are repealed:

Currently, small business entities (generally entities with a turnover of less than $2m) can claim an immediate deduction for depreciating assets costing less than $6,500. For example, if a SBE buys a $4,000 computer, the business can claim an immediate deduction in the same financial year for the full $4,000. From 1 January 2014 however, this threshold will drop to $1,000. So, if there are assets you need for your business and cash flow allows, you have until 31 December 2013 to buy the assets you need and use them or install them ready for use.

The Government will remove the ISB which is currently paid twice a year to certain social security recipients. The next instalment of the payment is due to be paid to recipients in March 2014 unless the rules are repealed by then.

This tax-free bonus payment will also be removed. The next instalment of the SKB would be in respect of the “test day” occurring on 1 January 2014 unless the rules are repealed by then.

Expenditure incurred after 30 June 2014 on geothermal energy exploration and prospecting will no longer be immediately deductible.

If you are considering outsourcing your bookkeeping, accounting and other business-related processes, but still allow you to make the big decisions and remain in control, contact PJS Accountants. We have has over 30 years experience with local Redlands businesses. Our team will be at your disposal, always ready to receive your calls and provide services, to help you to stay in charge of all aspects of your business. Call us for enquiries on how PJS Accountants can help you improve your business.